Take the train for a stress-free game day

Woo-hoo, it’s baseball season! That’s right, it’s time for some good old-fashioned fun at the baseball stadium. We can practically taste the hotdogs and smell the popcorn ...  and cupcakes. Don’t forget that we offer cakes and other goodies that can be specially made for Angels or Dodgers fans. 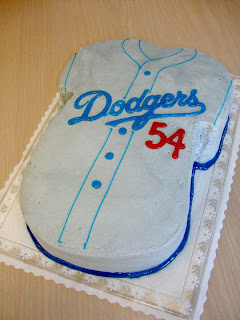 These would be perfect for a tailgating party or pre-game celebration on the Metrolink. Yup, we said Metrolink. As you may have heard, Metrolink is offering special services to Dodgers and Angels fans in outlying areas.

If you’ve never used Metrolink, you’re in for a treat. Riding the commuter train is simple, comfortable and fun when you ride with friends.


The Dodger Stadium Express offers you the chance to leave your car (and driving stress) behind. Instead, you can take the Metrolink to Union Station, followed by shuttle service that takes you directly inside the Dodger Stadium behind Center Field. The shuttle is offered starting 90 minutes before game time, all the way through the third inning during all home games. 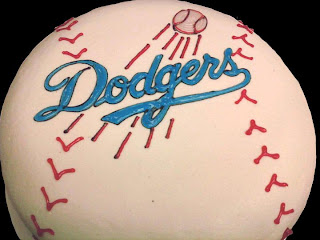 After the game, the shuttle runs until 45 minutes after the final out. The best part? Your Dodger ticket covers the fare. Get the details on the Dodger Stadium Express (and a printer-friendly game schedule) here and consult the times for local Metrolink service here. The Metrolink closest to our bakery is in Rancho Cucamonga.


The Angels Express special train service began just last week and continues all season for riders who live along Metrolink’s Inland Empire-Orange County line.  The train service offers rides to the all Angels weekday home games that start at 7:05 p.m. and for every Friday night game. That means you can avoid the dreaded commute on the 91 freeway and forget about paying for parking.

The train leaves you at the stadium parking lot. The fee is just $7 roundtrip and less if you’re a senior, disabled or youth between the ages of 6 to 18 (up to three kids ages five and under are free with one paying adult).  This season, Metrolink is waiting until 45 minutes after the Angels game ends on Friday nights to pick you up so that you can enjoy the post-grame fireworks.

Oh, we almost forgot one last thing. As a special thank you for using the Angels Express, the Angels are offering 50% off select Angels Baseball game tickets. Just go here for a code to get your discount.

Now, that’s something to toast with a cupcake!