Why is the average wedding cost more than some people's salary?


Most People Are Spending Less Than Average

Keeping up with the Joneses can be a hard act to follow when you’re planning a wedding. Just look at how much an average wedding costs. Around $27,000, depending on which media outlet you’re consulting. 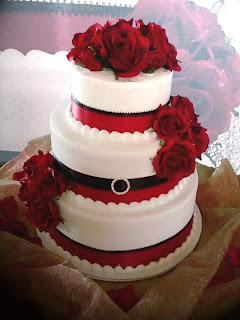 The reality of how much each couple is spending is far less than that. According to an article on Slate, most people are spending less than the $27,000 that is supposed to be the average.

How is this so? We’ll get to that in minute, but first another question: Did you ever wonder why that figure is so high?

Well, the writer of the Slate article who was planning his own wedding was so curious about this figure that he investigated how that number got so high. His findings are illuminating. It turns out we’ve all been focusing on the wrong figure.

The Median vs. the Average

Meanwhile, the median cost of a wedding tells us what the couple right in the middle is spending. The one where half of the respondents are spending less and the other half are spending more.

Quite a difference, huh?

We know that many wedding couples, especially the brides, feel a pressure to have their weddings exude that elegant, once-in-a-lifetime feeling. It can be hard to question the exorbitant rates charged by pricey venues and caterers, many who point out the average cost of a wedding by way of explanation.

Moving Away From Pricey Weddings

Thankfully, the trend toward DIY and less traditional weddings has given brides more freedom. Still, it can be hard to turn down all the pricey offerings when we do consider that a wedding is a once-in-a-lifetime event.

Just remember that your wedding can be a memorable event without having to break the piggy bank -- or worse, go into debt for several years into the marriage -- to pay for it.

Remember, we at Ontario Bakery are dedicated to providing you a tasty cake for your wedding at a price you can afford.