Check Out These Delicious Reasons to Eat More Cinnamon! 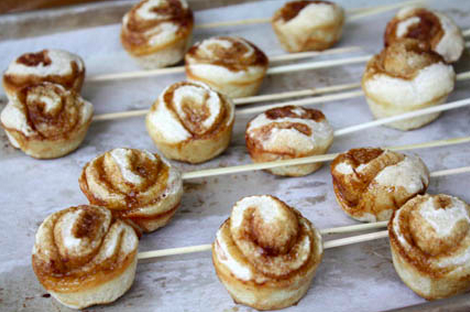 Cinnamon is a feel-good foods. The scent is reminiscent of fall, a favorite time of year, and brings back memories of making apple pies with mom or grandma, and celebrating the holidays.  As the year closes, we want to highlight the beauty and delicious benefits of cinnamon and why we love to bake with it!


To take advantage of cinnamon’s potential benefits, incorporate it into more meals. One of the things I love about this spice is how versatile it is. I use it in both sweet and savory dishes, and I feel like I’m always finding new ways to add it to meals, snacks, and beverages. Here are 10 easy ideas:
Really, your options are endless. Cinnamon has been used for thousands of years to heal the body and enhance tastes.  At Ontario Bakery, we love being apart of lasting memories in your families and would love to be a part of more.  Please let us know what we can do to make the last of your 2014 have a sweet end!  Call us today for your custom baked cakes and more!
Posted by Chris Fabos at 8:59 AM