Can Science Prove that Chocolate is Better Than Being in Love? See For Yourself! 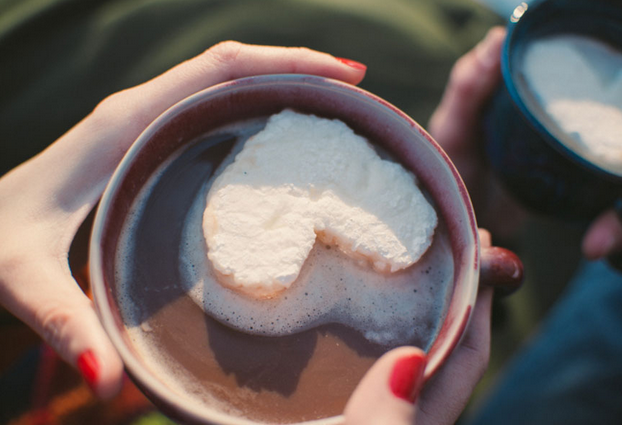 Could eating chocolate regularly substitute the pleasure of being in love? Well, not totally. But scientists are pointing out that chocolate does in fact, cause the human body to react just as strongly to it in a positive way, as it does to feelings of romance and infatuation. Earlier today, we stumbled upon this interesting article from the folks over at the dailymail. We thought it was definitely interesting enough to pass on to you, our faithful followers. Of course, at Ontario Bakery, we don't need more reasons to love chocolate, but we'll definitely indulge in them!

The Ancient Incas knew it, as does Bridget Jones and that kindly person who always gives you their last Rolo. Ever since humankind grew its first sweet tooth, there's been nothing like chocolate to raise the spirits. For years, academics have tried to discover exactly what makes it so irresistible - speculating that key ingredients like cocoa beans, caffeine or any of its other 300 compounds can boost energy and libido. But now scientists at Cambridge University have carried out brain scans that suggest a much more simple explanation. Chocolate is linked to feelings of well being simply because it just tastes so good!

They claim munching a bar induces sensations that could be even more pleasurable than listening to your favorite music, winning the lottery, or falling in love. Cambridge neuroscientist Adrian Owen said the balance of the evidence suggested that it was more to do with taste, than psychoactive chemicals.

The average bar of chocolate, he claimed, simply did not contain enough mood-altering substances to make a difference - some of them, for example, were found in higher doses in a lump of Cheddar cheese or sausage. Dr Owen, who works at the university's Wolfson Brain Imaging Centre, said: "The scientific data suggests that the mood-enhancing effects of chocolate are not pharmacological - the constituents of chocolate do not appear to affect the brain via a direct biological action.

"An alternative explanation is that the effects of eating chocolate are psychological - the unique combination of aroma, texture and taste makes eating chocolate a pleasurable experience that stimulates the emotional 'feel-good' centers of the brain. In short, the chocolate tastes good, so we feel good. The evidence for this are scans that have tracked changes in the activity of the orbifrontal-cortex - on the brain's surface - w hich analyses the reward value of incoming inform action to the brain.

As scans on a group of volunteers show ed (see above), the orbi-frontal cortex glows even more when they were munching a bar of chocolate than when they were listening to pleasant music. Dr Owen, 36, said: "Both smelling and eating chocolate activate areas of the brain that are known to be involved in creating feelings of pleasure.It seems chocolate has a unique blend of sensory qualities which m a ke us feel good, activating pleasure centres in the brain. (dailymail.co.uk)


Scientific proof or not, we know we love chocolate and so do you, right?  That's why Ontario Bakery strives to provide the most delicious and succulent desserts possible. Valentine's Day is just around the corner too! Be sure to call us and place your order soon!