How to keep younger kids busy and beat summer boredom! 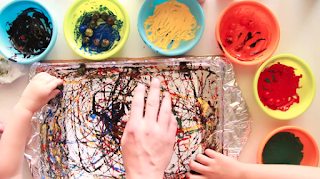 The hardest part about summer is the inevitable boredom that sets in. Children between ages 3 and 10 are always on the border of playing fine by themselves and coming to you looking for entertainment. Of course, there are things we love doing together, but there are also things they can do on their own that are creative, fun and meaningful.


We at Ontario Bakery know that you too, may need some special suggestions that not only give you a break, but enhance your child’s summer while bringing you together.


Here are some ideas we have for you to keep the boredom away this summer:

Summer is a time of swimming and sun basking. But don’t forget the little things that keep us active, creative and connected. At Ontario Bakery, our goal is just that. We are proud to provide the custom baked goods you need for every special day that comes up, from tedding bear picnics to birthdays and big weddings. Call us to place your custom order today!

Posted by Chris Fabos at 3:34 PM No comments:

How to Keep Things Cool at a Summer Wedding! 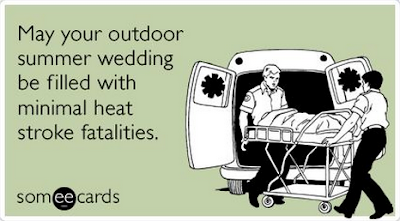 No matter where you live, a summer wedding has the potential to come with intense weather. Are you prepared for it? Summer weddings are a magical time to encounter and plan. But it can't be forgotten that many climates are humid and simply very hot and keeping everyone cool needs to be a top priority! We all love to plan for the dress, the colors and the cake, but this is an often forgotten detail that must be remembered! It will save you so much stress, frustration and regret by planning ahead. At Ontario Bakery, we know hot weather and weddings, and are happy to share these helpful tips with you!

Here are 3 easy tips to keep things cool at any summer wedding!
Weather Coverings: Be sure to have a back up plan for strong sun and possible rain. No one wants to feel stuck in the sun, sweating away their elegance or caught in the rain, watching all the hard work be washed away in a tropical storm! Make sure you have tents and fabric overhangs that will provide both sun and water and heavy wind protection. Your guests will be so thankful and you'll be very glad you did!
Handheld Fans: Personalized fans are one of the best little gifts you can provide your
guests. They serve a much needed purpose and can even be an added piece of decor. They provide a nice breeze for those ceremonies outdoors or dinners under the elements. One of the nice aspects to a personalized fan is that you can customize it for your wedding day. You can print your names and wedding date on the fan. It can then serve as a good memento for guests to take home and remember your wedding. You can hand out personalized fans as guests arrive or have them at their place settings and chairs depending on where you think your guests will need them.

Refreshing Snacks: Alcohol tends to be a beverage of choice at most weddings, but for the summer wedding, we hope you will reconsider. You want to make sure that your guests stay hydrated. Alcohol is very dehydrating, so the effect is even greater than normal. You definitely don't want a guest needing medical attention after just trying to have a good time! An easy way to keep things cool is to have refreshments on hand like water, tea and lemonade. You can get creative with refreshment displays by assembling specialty jars and jugs in a set space. For ceremonies out in the sun, your guests need to have water readily available.  You can even customize your drink station further, by creating personalized labels on water bottles. In the intense heat, refreshments will keep you and your guest cool until the sun goes down.

Keeping cool during your summer wedding isn't as hard as you may think. We are a custom bakery based in Ontario California, so we know heat, and have also learned the best ways to survive it. We hope you've enjoyed these tips and will contact us for any wedding cake or other custom baked needs!

Posted by Chris Fabos at 8:01 AM No comments: 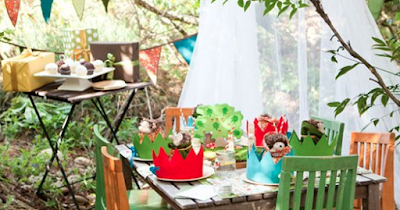 Summer is a great time to have a birthday party, but with toddlers, you're going to need to get your creativity hats on. Luckily, we've already compiled our favorite three for you!
The weather might be a little unpredictable, but if your little one's birthday falls this season, it's worth taking a punt and taking the summer fun outside.
We at Ontario Bakery have put together some ideas for summer parties to remember...

A good old fashioned tea party or teddy bear's picnic is a wonderful way to spend a sunny afternoon and little girls especially adore this kind of party.
You could ask your little one to help you make fairy cakes and lay the food out on a big picnic rug with cushions that the children can sit on.
If you're lucky enough to have a tree or you're planning a party in the park, hang little paper lanterns or bunting from it and take some music to help set the atmosphere. Check our party food pages for some great bite-sized ideas.
*If budget allows, this is a great set up for you to gift your child a gorgeous little tea set they can keep for further parties and play at home.

Whether it's superheroes or princesses, you can't go wrong with a character themed party - kids simply love them.
For extra fun, invite your guests to join the fun dressed up as their favorite character or set a theme such as 'fairytale characters' and set up games and activities that fit the character theme.
Art crazy!
The good thing about being outside is that you can get as messy as you like without having to worry about the house getting destroyed.  In fact, taking the fun outside is a great excuse to get messy so perhaps tell the parents in advance to avoid sending their kids along in their best clothes!
Here are some ideas for you:
Set up activities in different sections of the garden (for example hat making, hand prints, model making, glitter fun) so the children can explore each area and create lots of new things. It's also a great way to get the kids mixing together and having fun.
At Ontario Bakery, we love celebrating with you and would also love to provide the custom cakes and treats for the theme you choose! Call us today and we'll put together an order just for you!

Posted by Chris Fabos at 7:58 AM No comments:

Fourth of July Trivia Quiz - The Answers Will Surprise You 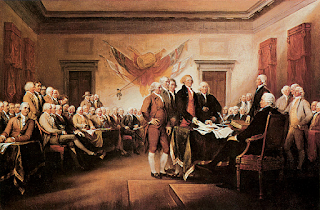 How many of the following 4th of July trivia questions can you get right?

Answers are at the bottom of the page.

1.    Two of the first five Presidents of the United States died on the same day. Which presidents and what date?

2.    When did the 4th of July become a national holiday:

3.    Is there something written on the back of the Declaration of Independence? 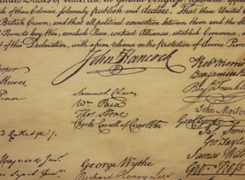 b.    The President of the Continental Congress

c.    The first signer of the Declaration

c.    All the members of the Continental Congress

d.    Your guess is as good as the historians

While you are visiting our blog, feel free to check out a treasure trove of information about our various cakes, baked goods, and fudge. There are hundreds of ideas for how to create fun birthday and holiday celebrations. 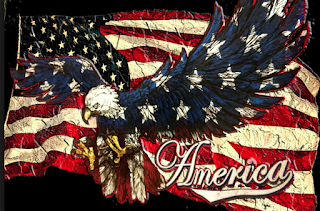 Here are the answers. Send this URL to friends to see how they do.


3. (D) Written upside down at the bottom of the signed document is: "Original Declaration of Independence dated 4th July 1776." It's not known who wrote it or when. Since parchment was usually rolled up during the Revolutionary War years, it's thought this memo served as a label.


4. (F) John Hancock was both the President of the Continental Congress and the first to sign on July 4th.


5. (D)  There is a huge historical dispute about who signed and when. Some say Hancock and one other signed on the 4th, with all the others on August 2nd. Some others say 34 of the 57 signed on the 4th. Yet others say only John Hancock signed that historic day.